Darlene is a former elementary teacher educated in rural schools in Greeley and Howard counties in Nebraska.  Darlene attending high school in St. Paul, Nebraska.  After earning a two year elementary certificate she taught in Sargent, while earning her Bachelor's degree.  She then taught in Fairbury, Nebraska.  Darlene is married to James, who was accepted for a DOD teaching assignment in Germany.  When she lived there, she taught in the Ludwigsburg elementary first and second grades for the Department of Defense.  The family returned to Fairbury after four years where she continued course work and earned a Master's degree while teaching.  Darlene retired early but continued to substitute teach for the Fairbury Public Schools and for St. Michael's School for thirteen years.

Other activities include a member of the United Methodist Church, Fairbury, United Methodist Women, board member for Educational Service Unit No 5, local Book Club and enjoys spending time with family. 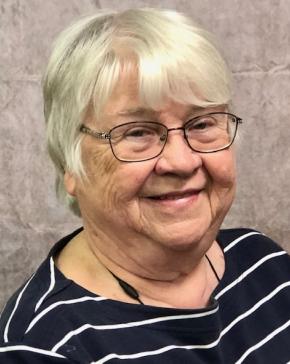